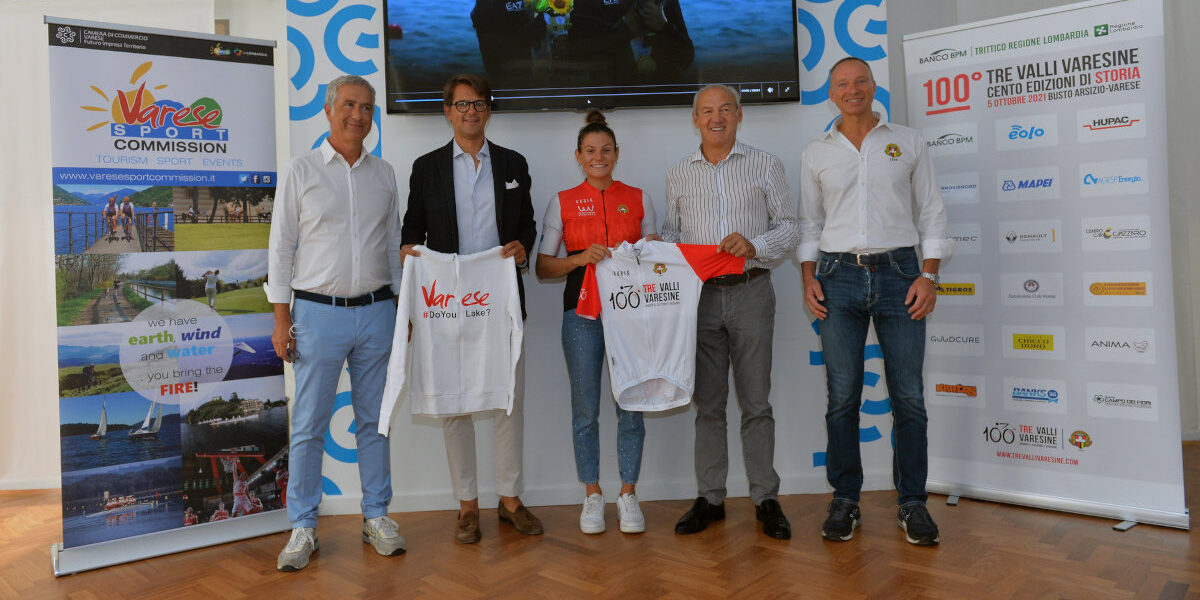 Federica Cesarini from the win of the first Olympic golden medal in the female rowing history, lightweight double together with Valentina Rodini, to the participation at the 5th Gran Fondo Tre Valli Varesine – Eolo. The Olympic Champion of Tokyo 2020 annouced that will take part at the event organized by Società Ciclistica Alfredo Binda on Sunday 3rd October.

She will pass from the fatigues of the Japanese waters of Sea Forest Waterway, to those that she will have to face on the Varesotto uphills. “Struggle, head and solitude” are the similarity between rowing and cycling Federica said: “The bicycle is part of our trainings, we usually cycle twice or three times a week per sixty or seventy kilometers and we mostly look for binding uphills as the ones in Gran Fondo Tre Valli Varesine Eolo. In the province of Varese, I often climbed Passo Cuvignone, Sette Termini and, as well as I did yesterday, the ascent to Campo dei Fiori Varese. Also, when I am in Sabaudia cycling cannot miss and I learned to know also the uphills of the area”.

In Piazza Monte Grappa – Varese, at the infopont of Camera di Commercio Federica Cesarini received the congratulations from the president of Camera di Commercio Fabio Lunghi and from the president of Società Ciclistica Alfreo Binda Renzo Oldani, as well as the official Gobik jersey of Granfondo Tre Valli Varesine of October 3rd: “I have not yet decided whether if I want to do the 103 or 130 kilometers track, both of them are very interesting courses”. The Fiamme Oro athlete, enrolled with Canottieri Gavirate, often cycles on the Varesotto paths with her other collegues: “We are a good group of rowers – cyclists at Canottieri Gavirate, and often we cycle together with our trainer Giovanni Calabrese, two times World Champion”.

At the recent Olympic Games has also happened the meeting between Federica Cesarini and Elisa Longo Borghini: “Elisa found me and told me you are very strong. I replied that she is the strong one and then we swapped our Italian uniforms. It was a great moment”. As a start in the cycling world Federica will be one of the ambassadors of the 5th edition of Gran Fondo Tre Valli Varesine Eolo, maybe, after her rowing career she will jump on the saddle.