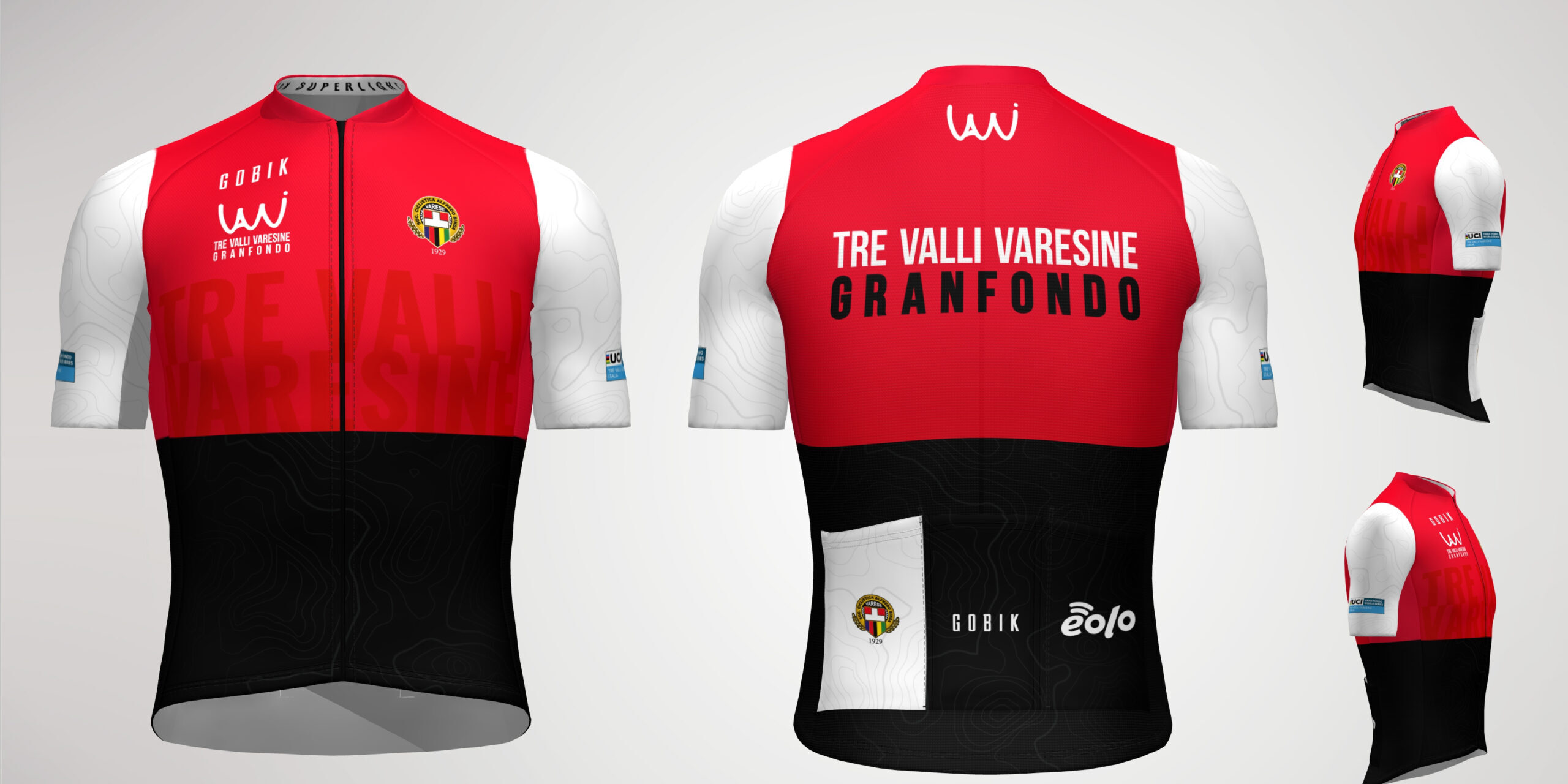 All the athletes that will subscribe no later than the 31st July 2021, at the Granfondo of the 3rd October, will be gifted with the jersey of the event produced by Gobik

Varese. It has a cycling tradition of only five years, but now for the Granfondo cyclists has become an unmissable event: Granfondo Tre Valli Varesine Eolo on the first weekend of October, Saturday 2nd and Sunday 3rd, will return in the Varesotto, landmark also of professional cycling races. The organizers of Società Ciclistica Alfredo Binda, after a year of absence, are already in the making of the event that this year will be the only Italian qualifier event UCI World Series 2022 for the World Championship scheduled in Trento for the year 2022.

The collaboration with Coppa Piemonte cycling circuit has been renewed, as well as it has been confirmed the complete stop to the traffic on the course of the race that makes Granfondo Tre Valli Varesine Eolo one of the safest events for cycling amateurs. To celebrate the first five year of the event the organizers decided, in collaboration with GOBIK brand that produce cycling technical clothes, to gift to all the cyclists that will subscribe no later than the 31st of July to the Granfondo of the 3rd October, the Superlight Jersey by Gobik (short sleeves and unisex) with the Granfondo Tre Valli Varesine Eolo Logo.

Of great interest is the race kit of the event thanks to the recent collaboration with ALL4CYCLING owned by the ex-professional cyclist Luca Nardello.

You can also purchase the Official Merchandinsig of the 100 Tre Valli Varesine at the following link: https://eu.gobik.com/collections/pre-order-gf-tre-valli-varesine-gobik-custom-services

In the short time will be formilized the prizes for the first three qualified cyclists of each category (male and female) and for the first five qualified teams based on the highest number of kilometers routes by the athletes during the Granfondo race.